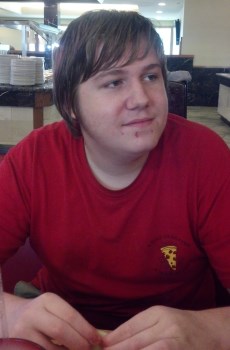 A petition calling for the release of Justin Carter, the League of Legends player who's spent almost five months in jail for making a sarcastic comment on Facebook, has broken 100,000 signatures.

On February 14, 2013, Justin Carter was arrested for making "terroristic threats" after a Canadian woman reported a message he'd posted on Facebook to authorities. "Oh yeah, I'm real messed up in the head, I'm going to go shoot up a school full of kids and eat their still-beating hearts," he wrote in response to another League of Legends player who had called him crazy and "messed up in the head." He followed with "lol" and "jk" but the authorities took it seriously anyway, jailing him and setting his bail at $250,000. After several weeks in prison, the court determined that the county in which he was being held didn't have jurisdiction, but instead of being freed he was transferred to a different county, where the judge doubled his bail.

According to his lawyer, Carter has been assaulted multiple times by other inmates and is thus now being held in solitary confinement; he's also fallen into a depression and is now under suicide watch. He rejected a plea bargain offer of eight years in prison, and so on April 10 was indicted on charges of making terroristic threats "with the intent to cause impairment or interruption of communications, public transportation, public water, gas or public supply or other public service" and to "place the public or a substantial group of the public in fear of serious bodily injury."

Unable to afford his bail, Carter's mother Jennifer launched a petition at Change.org, calling on Comal County District Attorney Jennifer Tharp to release her son and to "change the laws on what constitutes a terroristic threat and create a criteria for investigating these crimes."

"Justin Carter was arrested on February 14, 2013 for a statement that he made on Facebook," the petition says. "He was not questioned by the police until March 13th, 2013. His home was not searched until a week after his questioning. The only item seized from his home was his personal computer. No weapons of any kind were seized. If he had posed a real terroristic threat, shouldn't the police have questioned and searched his home sooner than a month after an arrest?"

"My son Justin is a good kid who made a stupid joke. That doesn't make him a terrorist, it makes him a kid who made a mistake," his mother said in a separate statement. "No doubt it was a very poor choice in words, but my son shouldn't have to face eight years in prison for an errant comment on Facebook."

The petition is attracting support from all across the U.S. and today broke 100,000 signatures, well on the way to its target of 150,000 signatures. Nonetheless, the Comal County District Attorney's office said it could not comment on the matter.

"Because of the nature of the case, we are aware that there is a significant amount of public interest in the case," it said in a statement to MSNBC. "However, ethical rules prohibit a prosecutor from making any statements to be disseminated by public means that could prejudice a pending criminal proceeding. Therefore, because this is a pending case, there is very little information we can provide at this time."

Carter's next hearing is scheduled for July 16. A website detailing the Justin Carter case is up at freejustincarter.org, while the petition calling for his release can be found at change.org.

This Is How We Do It: 9 Differences Between Heroes of the Storm and Other Mobas Rhykker 20 Comments
Comments on