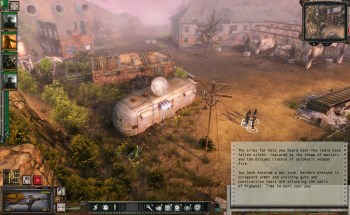 Wasteland 2 studio inXile Entertainment says the deal with the publisher of Saints Row and Dead Island will allow it to focus on the creative aspects of the game without giving up ownership or control.

Score another one for Deep Silver, which has signed a distribution deal with inXile Entertainment that will see it handle the retail release of the game and physical item fulfillment for Kickstarter backers, as well as assist with QA testing of localized international versions.

"This is a perfect opportunity for inXile: It allows us to continue to focus all of our energy and money into the creative aspects of the game while letting Deep Silver take our game outside of the pure digital space. This has the added bonus of allowing us to spend more of the Kickstarter funds on development while continue to retain all ownership and control", inXile CEO Brian Fargo said. "I've known the people at Deep Silver for many years and they have always been a first rate organization to deal with."

The studio noted in a Kickstarter update that the deal does not give Deep Silver any creative control or ownership over Wasteland 2, nor will it have any influence on future plans for the game or a DRM-free release. "The only real impact for our backers is that the physical goods fulfillment is in good hands," the studio said.

It also looks to be a smart move for Deep Silver, which has been doing very well for itself lately. Wasteland 2 isn't going to be a major hit franchise but it's the kind of game that carries a powerful cred with gamers and could prove to be a valuable feather in Deep Silver's cap.