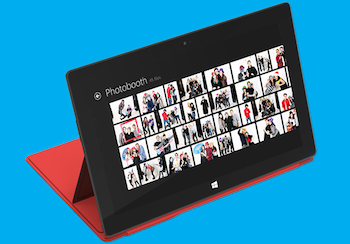 The tablet/laptop hybrid gets a price cut to boost sales.

When Microsoft built Windows 8 around a hybrid touch interface, it also released its own hardware as a showcase. It came in two flavors, the Surface RT and the Surface Pro. While neither has sold particularly well, Microsoft hopes to give the lower-priced RT a jolt by lowering the price by about 30% in all markets, the Verge reports. With the new prices, a 32GB Surface RT starts at $349.99.

Microsoft moved just 900,000 Surface units in the first quarter of this year, which earned it 1.8% of the tablet market. Along with the cuts come special education prices, with Microsoft offering the RT to schools for $199.

While the Pro runs Windows programs like a traditional computer, the RT's ARM processor is more limited. In effect, the Surface RT can only run applications from the sparse Microsoft App store. Certain critics (most notably Penny Arcade's Mike "Gabe" Krahulik) have praised the Pro for being a fairly capable gaming device. Civilization V even ships with a touch screen mode, which itself is a pretty good selling point. However, that's a feature that the RT doesn't have. When you have two devices that look the same and both run Windows 8, but one runs your programs and the other doesn't, it's easy to see how consumers would be confused.

Meanwhile, Microsoft has been hinting that new Surface models are in the works, presumably to use the upcoming Windows 8.1.