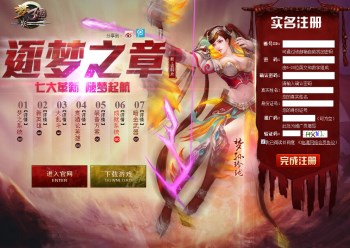 A Chinese gamer is facing serious trouble for forging official government documents in an effort to regain control of his locked-out MOBA account.

For reasons unknown, a 24-year-old Chinese gamer named Zou recently found himself locked out of his Dream Three Kingdoms Online account. Being a reasonable, rational man, he contacted customer service to ask how he could reclaim his account. The customer service department apparently demanded proof of the iron-clad sort that he was who he claimed to be and suggested that he have the local security bureau provide a letter vouching for him.

Alas for poor Zou, he'd purchased the high-level account second-hand for a whopping $244, so he didn't have access to all the information he needed to prove that it was his. So he went to Plan B: He cooked up the required documentation himself.

He didn't do a very good job of his forgery, though, misspelling the name of the security bureau and also getting wrong the name of the relevant department. So when the gaming company received the letter, it contacted the real Nanpu Public Security Bureau, which determined that the documents were home-made and quickly tracked down and detained the unlucky MOBA fan.

Zou now faces charges of forging an official document and forging an official seal, and while the whole thing was obviously just a stupid idea, I'm not sure how likely it is that Chinese authorities will find it all harmlessly silly. My guess? Not very.