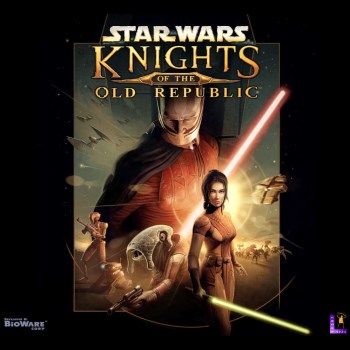 Bioware's new game will be backed by some of the developer's most experienced staffers.

While for some the specter of controversy still looms over Bioware, there are many who still consider the developer and its various studios to be the cream of the crop when it comes to role-playing games. It's not hard to see why. Despite arguable problems with its past few games, Bioware's library includes some of the most revered RPGs of all time. For Star Wars devotees the star of the Bioware collection is, without a doubt, Knights of the Old Republic.

Those same fans that loved KOTOR may be interested to know that Bioware's new and, as of yet, under wraps IP, will be employing the talents of the core team behind the development of Knights of the Old Republic. Casey Hudson, speaking in a Tweet to celebrate KOTOR's tenth anniversary, stated that "most of our core team that worked on SWKOTOR has been together throughout the Mass Effect series, and now our new IP project."

While it had previously been announced that Bioware's new IP would be a product of its main office in Edmonton, the confirmed presence of the "core" KOTOR team suggests that the new game will, in the least, have a lot of experienced people working on it. Granted it was those same experienced people that gave us the ending-that-shall-not-be-named, but aside from that misstep Hudson and friends have generally delivered quality work and there are doubtless many gamers excited to see what Bioware comes out with next.