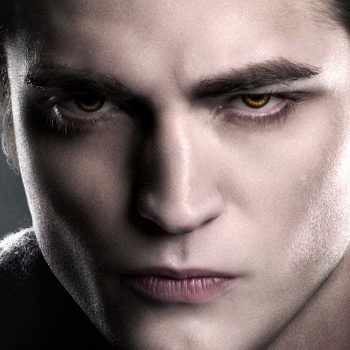 A newly unearthed grave in Gliwice, Poland contains four skeletons that appear to have once belonged to suspected creatures of the night.

While attempting to construct a road in the southern Polish city of Gliwice, workers stumbled upon an ancient grave site. In Europe this isn't particularly shocking as humans have been living and dying in that part of the world for millennia, but these particular corpses were something special. Each skeleton had been decapitated and its head had been placed between its legs. Further, the deceased were buried with none of their earthly possessions - an oddity, given that such has been the tradition in human burial for most of civilized history.

Of course, if your fellow villagers suspect that you might be a vampire, all standard burial procedures fly out the window (like so many screeching bats). According to ancient tradition, by removing the potential vampire's head and placing it between their legs, the mythological scourge should have a much more difficult time rising from the grave to feast on the blood of the living. This tradition also explains the spartan condition of the graves, as any items left inside the tomb could hypothetically be used by the vampire to dig his or her way out. If nothing else, our ancestors were very thorough.

There is one worrying issue with this discovery however: Scientists are currently unable to determine when these bodies were placed in the ground. Records indicate that anti-vampire burials took place in Poland as recently as 1914, and until the results of tests to determine the exact age of the skeletons arrive, researchers are operating under the assumption that they were buried in the "early modern period."

While the prevailing (and most interesting) theory surrounding these corpses holds that they were suspected bloodsuckers, there's also a competing theory which views the bodies as victims of cholera. Why did that necessitate the removal of their heads, either pre- or posthumously? That's unclear, but mankind has been lopping off heads with very little provocation for centuries. Is it that difficult to imagine someone seeing decapitation as a solid cure for cholera?

The Dracula Dossier Review - King of the Bloodsuckers Fanghawk 8 Comments