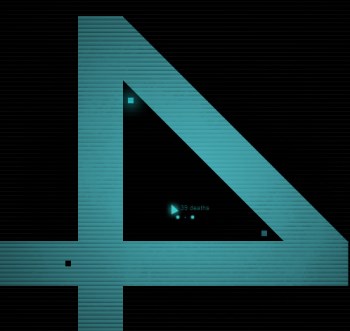 A German indie development team says it copied the game Magnetized and released it on Xbox Live Indie Games and Google Play because they thought they original developer would be happy to make some money from it.

Back in April, a Taiwanese developer by the name of Rocky Hong created and released a game called Magnetized on Kongregate. It's actually a pretty clever little game and has been fairly well-received, with over 280,000 plays and a rating of 3.7 out of 5. That was apparently enough to attract the attention of German indie studio Connect Media UG, which copied the game and released it on Xbox Live Indie Games as well as for Android and Windows 8 devices - all without the permission of the original creator.

Amazingly, the two-man team claimed it thought it was doing him a real solid. "We tried to contact Rocky some time ago about bringing the game to XBLIG and Android. Our offer: We'll take care of the full development work of porting it and publishing it to several stores giving him 80 per cent of the revenues," Connect Media UG said in a statement. "The game would have sold for $1. After the stores taking 30 per cent this would be $0.70 total and $0.56 for him and $0.14 for us. We were so sure that he would be happy that someone will port his game to other platforms and that he'll receive a fair share of the revenues, so we started development."

But Hong didn't reply, so the duo did what, in their estimation, any normal studio would do: They went ahead and started selling it on XBLIG and Google Play anyway, confident that he would be thrilled with the deal. When no reply was received even after they'd released the game, they claim they were just about to take it down when Hong sent them a message that, to their surprise and dismay, was something other than happy.

The studio told CVG that it would try to give all the revenues to Hong and apologized profusely for assuming he'd accept the offer to port the game. CVG also noted, however, that a Connect Media UG press release for its ports of Magnetized makes absolutely no mention of Hong or the fact that the game is anything but an original work.

Designing Flash Games for Fun and Profit Will Alexander 15 Comments