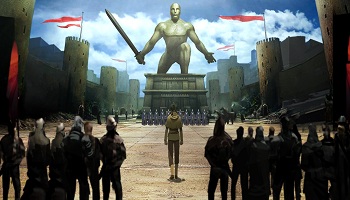 The bidding may start next week.

Index Holdings, the company that owns Atlus, maker of Persona, Catherine and Shin Megami Tensei, is to sell off its operations as part of its bankruptcy proceedings. The asset transfer may reach as much as ¥15 billion (about $150 million); the Index debt has been estimated at $244 million. Bidding could start as early as next week, and the idea is to get everything over and done with by September, before the assets start to significantly devalue, as panic starts to set in. Index will be delisted from the JASDAC on July 28th.

"The development and sales of the Atlus brand as well as the consumer business will continue," claims Atlus in a statement. Planned game releases will go ahead as scheduled, and the hope is that the ongoing issues with Index won't impact Atlus significantly. That said, it's difficult to imagine a scenario where Atlus isn't impacted at all by the Index implosion; we just don't know how, or how much. A great deal will depend on who ends up owning Atlus at the end of all this.

It is alleged that the Index bankruptcy comes as a result of fraud, in which sales number were overstated to fool investors. That investigation is still ongoing.