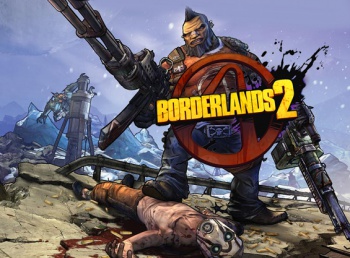 The Borderlands 2 Ultimate Vault Hunter Upgrade Pack 2, and the Headhunter Pack: T.K. Baha's Bloody Harvest will be released this fall.

The Ultimate Vault Hunter Upgrade Pack 2 will set you back $5, but pricing for the Headhunter Pack has yet to be confirmed. Gearbox also announced that several additional Headhunter packs, each featuring a new "raid boss" and mission, are currently in the works. Neither of these DLC packs are included in the Season Pass.

In addition to this, extra ammo capacity, backpack, bank slots and more character customization options will be coming later this year as a free update. Fans of Tiny Tina's Assault on Dragon Keep should know that a fix for its unlockable head customizations is coming "soonsih."

It's quite surprising to see Gearbox putting out a second level cap increase for the game, especially after specifically stating that an increased level cap would break the game. I guess someone figured out how to "unbreak" the game. It is also nice to see some extra content released in a free update.

If you're able to get down to PAX Australia, you can pick up some free DLC codes for some exclusive in-game skins at the Borderlands booth.