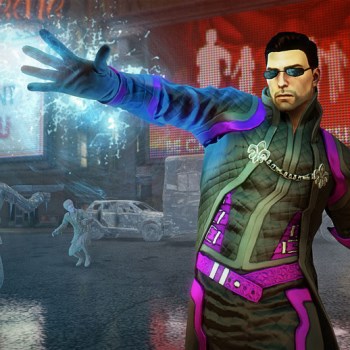 Fans of Saints Row III's pro-wrestling minigame will be saddened to know that it won't be returning in the sequel. The zombie voice also won't be returning, as it has been replaced with the "Nolan North" voice option. A joke is only funny once, Jaros said. Wrestler Chris Daniels will be hosting one of the game's radio stations, however, and another station will feature the alien overlord Zinyak reading the first chapter of Pride and Prejudice in it's entirety.

Players will also run into some members of Saints Row II's Ronin gang, and while the game is known for it's "silly" humor that allows them to gloss over glaring plot holes, Jaros promises that there will be a "satisfying explanation" behind Johnny Gat's return from the dead.