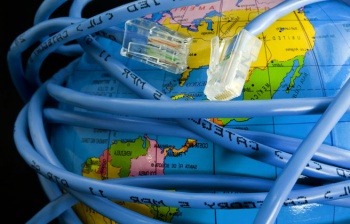 Michael Doyle, when you say you patented the modern web, do you mean pretty much everything?

Way back in the mists of time, Michael Doyle, then working for the University of California-San Francisco, developed - and later patented, with the University's help - a program that allowed doctors to view embryos online. Doyle later claimed that this 1994 patent was the first interactive use of the world wide web, and everyone else who ever did anything like it - streaming video, say - owed him big time. Doyle set up a company, Eolas, whose sole purpose in life seems to have been to collect a payout; certainly it's never made an actual product. Microsoft settled out of court with Eolas for $100 million, over an Internet Explorer dispute. Similar claims were filed against the likes of Apple, Perot Systems, Blockbuster, eBay, Adobe, Google, Yahoo and Amazon, for something in the region of $1 billion total. Some of those companies settled with Eolas, while others - Google, Amazon, YouTube, Yahoo and JC Penny - did not, and so the trial began. Eolas lost, and appealed. Now the courts have stepped in, and upheld the 2012 judgment against Eolas, denying Doyle's appeal.

Doyle - and his lawyers, of course - have done very well out of patent disputes, at least up till now. Nor has the University been without its cut of the patent profits; the Microsoft out-of-court settlement netted it $30 million, and doubtless that hasn't been the only payout the University saw. Throughout the trial and appeal process Eolas constantly affirmed that it was only asserting "these University of California patents," while the University of California's man in a suit repeated meekly that the University "stands by its licensees." That said, the gravy train seems to have come to a halt; with this appeal denied, there will be no more Eolas payouts, at least not on those patents.

The 2012 judgement lured down Tim Berners-Lee, the father of the internet, to testify. When asked who owns the web, his reply was, "we do." Responds the lawyer, "the web we all own, is it 'interactive'?" To which Berners-Lee replies, "it is pretty interactive, yeah." And so say all of us.