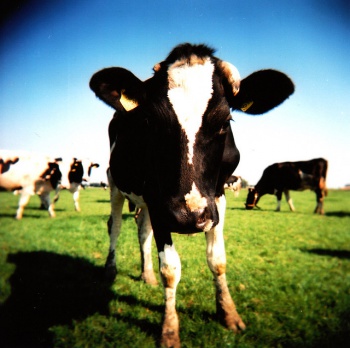 As climate changes cause the permafrost to thaw, methane gas is released and vaporized, and, with it, our hopes and dreams for a brighter, shinier economic future.

We're all familiar with the horror stories about what happens when the ice caps and permafrost melt: coastal floods, severe droughts, and summers that would have us saying "Winter is coming ... I think?" What we haven't heard much about is the cost associated with all that methane leaking into the atmosphere. Recently, a paper published in Nature magazine puts a potential price tag on the potential damages, and, boy is it costly. Damages from the 50 gigatons of methane stored beneath the East Siberian Sea alone could total $60 trillion - and that's not counting the methane reserves the Arctic's packing. To put this into perspective, $70 trillion was the size of the global economy in 2012. It's also the cost of reserving 240 million seats on Virgin Galactic's flights to the moon, which will be needed when we vacate the planet because New York is underwater and the air smells like farts.

The number was based on the results of an economic model which evaluated the costs of the extra-greenhouse gas emissions on sea level, temperature, flood risk, health and extreme weather. The model was run 10,000 times, resulting in the average cost of $60 trillion over a few decades.

Oil conglomerates are banking on the swiftly-melting Arctic to reveal 30 percent of the world's undiscovered gas and 13 percent of its undiscovered oil. However, even drilling these oil reserves for ten years would only amount to a paltry $100 billion, which would leave us $59,900,000,000,000 in debt. I guess we'd better start saving now.