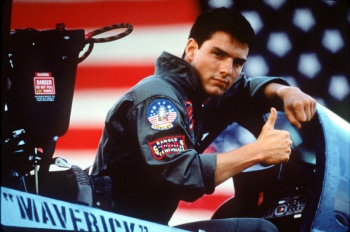 Ubisoft has created an online poll asking fans to provide their input on which Hollywood star should play Aiden Pearce in the likely inevitable Watch_Dogs film adaptation.

Watch_Dogs is an upcoming open-world stealth-action adventure from Far Cry 3 developer Ubisoft Montreal. Critical and consumer response to what the firm has shown us of the title has been largely positive, and it's pretty apparent that Ubisoft would like Watch_Dogs to become its next big franchise, following in the wake of Assassin's Creed and Splinter Cell.

It should come as little surprise then, to hear that Watch_Dogs is currently being developed for film by Ubisoft's movie division. That project appears to be in the very early stages however, as Ubisoft recently created an online poll asking potential fans of the game (which, we remind you, none of these people have played) who they'd like to see portray Watch_Dogs protagonist Aiden Pearce on the big screen.

What can we infer from this? Nothing concrete, sadly. Ubisoft is apparently looking for ideas on who to cast in the Watch_Dogs film, and having run out of concepts of their own, the company has turned to the general public. Good idea? Bad idea? Who cares. Odds are pretty solid that almost none of the actors on that list would agree to star in Watch_Dogs, simply by virtue of the amount of cash they demand for an acting gig. Ubisoft is a big name in the videogames world, but it seems very unlikely that the company could afford to hire Tom Cruise for a film based on a game that has yet to hit retail.

Think of it this way: What happens if Ubisoft hires a big-name actor, spending $20-plus million on their contract, only to have Watch_Dogs utterly fail on release? What if the game is a buggy mess, that's savaged by critics and ignored by fans? Obviously that works out nicely for the actor scoring the quick payday, but it makes very little business sense on Ubisoft's part.