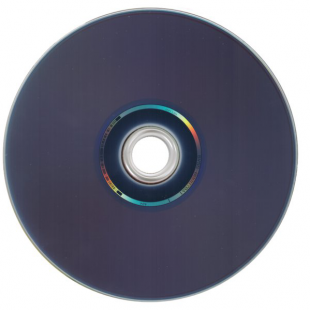 Sony has signed an agreement with Panasonic to develop high capacity optical discs for 2015.

One of the saving graces of the PlayStation 3, especially during its early days, was the Blu-Ray format. The PS3 was, at its release, one of the cheapest and best Blu-Ray players on the market. The Blu-Ray in turn, especially after it defeated the competing HD-DVD format, has remained a draw for the PS3 in the years to follow thanks to its high storage capacity and prevalent presence in HD entertainment. Now, Sony has revealed that the future could see the introduction of a new wave of optical discs with a storage capacity well beyond current standards.

According to a press release put out by Sony, the company, which created the Blu-Ray format, has signed an agreement with Panasonic with the intent of "developing a next-generation standard for professional-use optical discs." These new discs will be developed with a recording capacity of around 300GB, three times that of the Blu-Ray's100GB upper limit. The discs will fulfill "[the] increasing need for archive capabilities, not only from video production industries, such as motion pictures and broadcasting, but also from cloud data centers that handle increasingly large volumes of data following the evolution in network services." If all goes to plan this new high capacity format will become available in 2015.

While the press release doesn't explicitly discuss videogames, it's not much of stretch to surmise that more storage capacity could mean bigger games. Likewise, a high capacity disc would probably be helpful in furthering the proliferation of 4K and Ultra HD, video formats that provide extreme high definition at the cost of enormous file sizes. This being said, if the new discs aren't compatible with current Blu-Ray drives (a significant possibility), it could limit their usefulness on hardware like the PS4 which will employ a Blu-Ray disc drive.