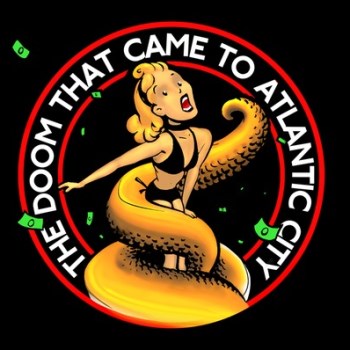 Cryptozoic Entertainment has announced that it will publish The Doom That Came To Atlantic City and provide copies to backers of the canceled Kickstarter at no charge.

The Doom That Came To Atlantic City was a big success on Kickstarter last year, raising more than $122,000 on a goal of just $35,000. But the founder of the Kickstarter, Erik Chevalier, announced last week that despite that success, the whole thing was being canceled; the money was gone, there was no product to deliver and the people who backed it were, vague promises of possible refunds notwithstanding, out of luck.

The guys who actually designed the game were left out in the cold too, and were none too happy about it. Designer Keith Baker quickly pointed out that neither he nor co-creator Lee Moyer had received any of the funds raised, nor were they involved in the decision to cancel the project; in fact, he said they had been "misinformed about its progress and the state of the game."

It was a disaster all around, just about the worst possible outcome for any Kickstarter, but now it appears that there will actually be a happy ending. Board and card game company Cryptozoic Entertainment announced today that it will publish The Doom That Came To Atlantic City, and better, that people who backed the Kickstarter will get the game they were promised.

"We were really shocked to hear the news about this last week. The game looked fantastic and I thought that we might be able to help, so I contacted Keith right away," Cryptozoic COO Scott Gaeta said. "Keith and Lee told me that taking care of the Kickstarter backers was the most important thing to them and I couldn't agree more."

In a post on his blog, Baker emphasized that Cryptozoic's very solid move has absolutely nothing to do with Kickstarter or The Forking Path. "Cryptozoic isn't assuming responsibility for the Kickstarter project or the actions of The Forking Path: They are simply doing what they can to make things right for the gamers who have suffered because of it," he wrote. "As I said, they can't cover all rewards The Forking Path promised, because they are doing this entirely at their own expense to lend a hand. But Cryptozoic will see to it that the backers get the game they thought they were backing, and that is a tremendous relief to me."

Gaeta said Cryptozoic is already working with a manufacturer and that a launch date should be ready to share within a few weeks. The company is also planning to demo The Doom That Came To Atlantic City at Gen Con and the upcoming Alliance Open House.

No Right Answer: Best Board Game - Chess vs Monopoly Firefilm 39 Comments
Comments on