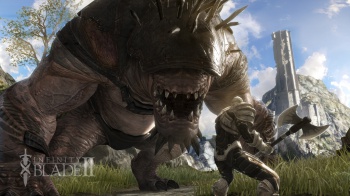 Former EA head John Riccitiello believes that chasing console-quality graphics in the mobile gaming space should not be a key goal for developers. Not yet anyway.

To those of you reading this text, John Riccitiello is most famous for his tenure as CEO of massive games publisher EA. He left that role earlier this year, but Mr. Riccitiello still has thoughts on the current state of the gaming industry. When asked, during the recent Casual Connect conference, what mobile games developers can learn from those who create games for modern consoles, Riccitiello explained that while at EA he heard many of the company's mobile developers claim that their product would be a success purely because they worked out a way to match console-quality aesthetics on mobile devices. While an impressive technological feat, Riccitiello sees this as a hazardous path for mobile developers to follow.

"I think that's a mistake," Riccitiello states. "Investing in better graphics without figuring out what differentiating gameplay you're going to have - without thinking of how gameplay rewards players - is a road to ruin."

Not that Riccitiello sees improved graphics as a negative. If anything he welcomes new technology and the aesthetic gains it may herald, but a developer's first concern should be in making entertaining, novel gameplay experiences. By shifting development toward this ideal, Riccitiello believes mobile games could prove far less disposable in the future than they are currently. To illustrate this point, Riccitiello points out how few mobile developers (even those who are most successful) are able to capitalize on their biggest hits after the initial furor has died down.

"You can either hope to be lucky twice, or you can figure out an answer that I think is vitally important for the health of the mobile business," Riccitiello says.

"Developers need to build brands. Games that don't build a brand will not be around in a decade. Will Clash of Clans be with us in 25 years? Madden turns 25 this year. Will Candy Crush be around next year and still be doing a few million a day?"

While it's undeniably smug for Riccitiello to compare the success of the Madden franchise with mobile games that have existed for mere months, he does make a good point. The mobile market, despite its youth, is quickly growing oversaturated, and if you hope to make an impact (let alone a living) by developing mobile titles, you'd best have some cool new ideas to show people.