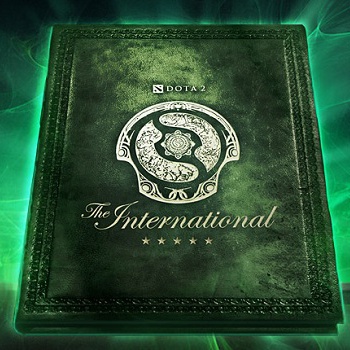 Dota 2's already impressive rewards for The International are increasing with each purchase of an Interactive Compendium.

As much as your parents might tell you otherwise, professional gaming is big business. Dota 2's The International, one of the industry's biggest competitive gaming tournaments, awarded a million dollar grand prize to winners last year not to mention the hundreds of thousands for runner-ups. This year's tournament promises even bigger rewards, although so far no one can officially offer the total figure. The reason? Because that total is still rising. The International's prize pool is increasing by $2.50 with every purchase of an Interactive Compendium, currently bringing the grand total to $2.8 million.

The Interactive Compendium is a digital book that keeps Dota 2 players updated on what's happening at The International. New information on matches is uploaded into the book as the tournament progresses, while special in-game rewards are unlocked with each purchase. If Compendium sales manage to reach a planned $3.2 million goal, then all buyers will get a say in the next Dota 2 hero added to the game.

At its current breakdown, the grand prize comes to $1.4 million, while second and third-place runner-ups earn $619 thousand and $281 thousand respectively. If you're personally interested in a Compendium yourself, it will set you back $10 dollars while increasing those rewards even further.