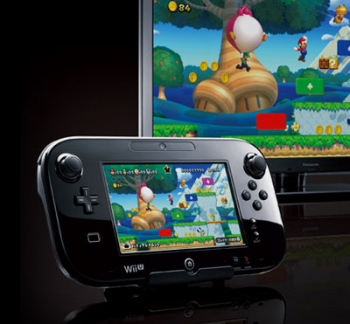 "In this first half of the term before the launch of the Wii U, we were not able to make a profit on software for the system while we had to book a loss on the hardware," said Satoru Iwata way back in 2012, "which is currently in production and will be sold below cost." Trouble is, the Wii U really hasn't sold that well since Iwata made that statement, which means that if you were hoping for a price drop as the other new consoles come on the market, forget it. Nintendo's still selling its next generation console at a loss, and while Satoru Iwata would dearly love to return to "'Nintendo-like' profits" in the coming fiscal year, price drops aren't on Nintendo's agenda.

Back when Iwata first announced that the Wii U would sell at a loss, Reggie Fils-Amie was confident that this hardware sales loss was a temporary problem. "In the end, the business model is still to drive the install base of hardware, and then to drive a strong tie ratio with all of the other software and experiences for the consumer," said he. Except that didn't happen. Software sales and experiences have become the Wii U's biggest problem, one it's struggling to avoid even now, what with its most interesting launch title proving so unprofitable that a sequel's off the table, and big publishers refusing to develop for the console unless it moves more units. Activision's recent promise to do everything it can to support the Wii U is a boost, and there may be more good news on the way yet.

But if you were thinking that a price drop was the way to go, it's not happening. Not while the console still can't recoup its costs.