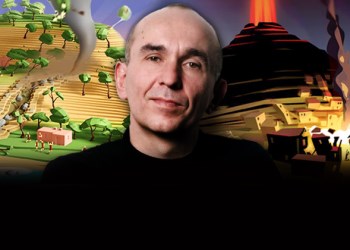 Peter Molyneux says the backlash against the Xbox One was "unfair," as Microsoft was simply trying to execute a bold long-term vision for a future in which everyone is always online.

Microsoft's handling of the Xbox One is fated to go down as one of the most poor-executed product launches in history. The best thing you can say about it is that at least nobody died. But having reversed course on many of the design choices that drove gamers nuts, the company is now facing smaller-scale (and more easily ignored) criticism from people who say it should have stayed the course; and while Molyneux, he of Fable and Curiosity fame, doesn't go quite that far, he does say that a lot of people "didn't really think" before they reacted to the plan.

"I know Microsoft, I know they were only doing things because they thought they were long-reaching and long-thinking," he told TechRadar. "But the world we live in now is that we have to realize, especially if you're a big corporation, if you make one step wrong, the world will leap on you, and unfairly, very unfairly, they will judge you."

Molyneux said Microsoft failed to properly explain to gamers the benefits of being online and interacting with other people, but also declared that the time is coming when being online won't be a matter of choice. "Whether as consumers we like it or not, just like every form of technology interaction, there's an inevitability of online," he said. "We know that online is so much a part of our existence now that we're going to be in a world very soon where we have to be online all the time."

He makes a valid point - Microsoft did a horrid job of selling its vision during E3 - but he also overlooks a few rather important practical facts about the console as it was originally designed. The concept of game "ownership" is evolving but a lot of folks still like to cling to the idea that they do actually own their games and may play them as they wish rather than at the pleasure of a great, overseeing corporation; and as much as I love the idea of sharing my experiences with millions of gamers around the world, infrastructure unevenness makes such a system almost inevitably exclusionary. Maybe Microsoft could have sold its plan with the right spin, but broadly labeling the backlash as "unfair" seems rather unfair in itself.