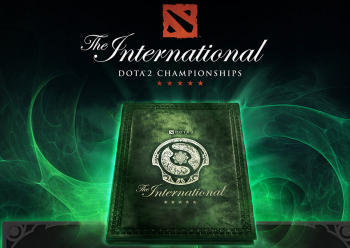 The Sweden-based clan will take home $1.43 million in prize money.

The International 3, Valve's annual international DoTA 2 tournament, wrapped up this weekend, with Sweden-based clan "Alliance" taking home the gold. Alliance won the grand final after besting Na'Vi from the Ukraine in a best-of-five format. They will take home $1.43 million in prize money, which divided among the five members nets them with $286,000 each. Not bad for being really good at a videogame.

The International 3 started back on August 3, in which the 16 best DoTA 2 teams in the world were flown in to Benaroya Hall in Seattle, Washington, to compete for the massive $2,874,407 prize pool.

As well as being the largest prize pool in competitive gaming history, what was particularly interesting about the International is that fans could purchase an "Interactive Compendium," which allowed them to predict winners and win special in-game items. A percentage of all proceeds from compendiums sold was then put directly into the event's prize pool, effectively allowing fans to support the event from their own pocket.

Na'Vi will be awarded $632,370 for second place, while Malaysian team Neolution Orange placed third, and will be awarded $287,441 in prize money. Surprisingly, no Chinese teams placed in the top 3 this time around, a first in the event's three-year history.

At the 2012 International, Invictus Gaming from China took home $1 million for first place, and in 2011, 2013 runner up Na'Vi took first place with a prize of $1 million.