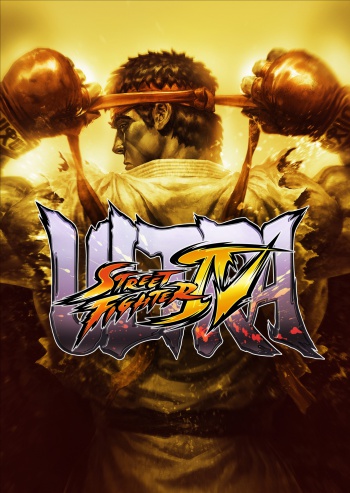 Capcom has confirmed that the PC version of Ultra Street Fighter IV will launch "around the same time" as the console editions.

Some good news for PC fans of Capcom's Street Fighter series: the PC version of its latest Street Fighter IV revision will ditch the dreaded Games For Windows Live interface for Steam's own Steamworks. Furthermore, you won't have to wait too long to play Ultra Street Fighter IV on your PC, as Capcom's digital media specialist Haunts has confirmed it will launch "around the same time" as the console editions.

"Yes the intention is to have them all launch at around the same time. Should have more deets on PC ver [sic] soon," tweeted Haunts when asked about the game's PC version, adding "It's coming to Steam, yes, we'll be transitioning from GFWL to Steam."

Capcom is a major member of the PC gaming alliance (remember that?) and as such, has been making a huge effort to ensure PC ports of all of its flagship titles. A noble effort for a Japanese developer, as the PC gaming scene in Japan is but a blip on the radar. As such, two of the three editions of Street Fighter IV (vanilla, and arcade edition) have seen release on the Steam platform, albeit some time after their respective console releases. The simultaneous launch and adoption of Steamworks just shows how serious Capcom is about supporting the PC.

Street Fighter IV for PC already has a modding scene, producing things such as this Zangief/Sakura moveswap monstrosity. The adoption of Steamworks, which is known for the ease in which users can create and share mods, should only serve to strengthen that scene.