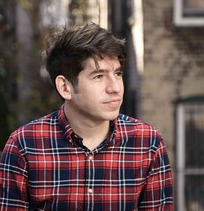 Overfunding isn't the bonanza you think it is.

Kickstarter's co-founder and head of communications, Yancey Strickler, has a warning for Kickstarter project managers. "Are stretch goals a good idea?" Strickler asks, and his answer is, not really. They muddy the waters, by adding extra complication to what started as a simple 'back this and you get X' project. When a project gets overfunded there's a temptation to add extra stuff, as a reward for those who put in what looks like added bonus cash. Except it's not really bonus cash, Strickler points out. "More money means more backers and rewards to fulfil," he says, "and less margin for error."

The temptation is to expand the project beyond its original scope. Maybe it'll go to different platforms now, or maybe extra functionality will be added. Special rewards, like custom props? Absolutely! But the problem is that after a while the creator focuses exclusively on the stretch goals, ignoring the original product, because there's cash coming in every day and something's got to be there to justify all that money. The more goals, the more stuff; the more stuff, the more likely it is you'll have manufacturing problems, shipping problems, budget problems, scheduling problems. Then you have upset backers, and perhaps no cash in hand to satisfy the original demand.

Improving the project's end product, perhaps with higher quality materials or other improvements, can only be a good thing, Strickler feels. Or maybe the project can just turn an early profit; again, no bad result. "What should a creator do if their project is funded with significant time on the clock?" Strickler asks. "The same thing every creator should do: make an unforgettable experience for their backers."