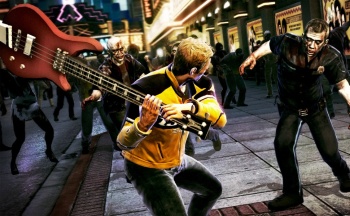 Capcom wants you to play its games, and to that end the company is launching a five-game pack of its best titles from this current console generation with a $60 price tag.

As we near the end of the console generation, developers are increasingly repackaging their older titles for those who may have missed them the first time. How many high-definition remakes have we seen over the past few years? How many retro games have been re-released on modern digital distribution platforms? Now Capcom has decided to go all-in with this strategy and come October 8, the company is launching a huge compilation of recent games.

Officially dubbed the "Capcom Essentials" collection, this package is slated to retail for $60 and will include five games: Dead Rising 2, Devil May Cry 4, Mega Man 10, Super Street Fighter IV, and Resident Evil 6. With the exception of that last title (which is widely seen as the black sheep of the Resident Evil franchise), all of these games were largely adored by critics and fans alike, and if you haven't played them previously the ability to pick up all five games at once for the price of a single, new retail release should be enticing.

Pre-orders on the Capcom Essentials pack are now available, and Capcom has promised to host a number of community events centered on these games in the run up to its release.

Speaking personally, I already have all of these games sitting somewhere in my apartment, but what about those of you who missed them the first time they were released? Are you excited for this? Is this an awesome deal, or just Capcom rehashing its old inventory to squeeze a few more dollars out of its existing fanbase before we're inundated with new consoles? The comments are below. Sound off.