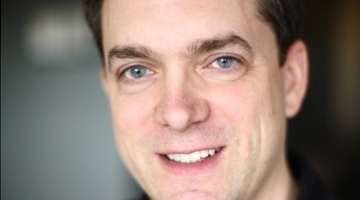 The man who made Steam into the amazing gaming platform it is today is hoping to do the same for Windows.

Games For Windows is kind of a running joke in the gaming community, and Microsoft has decided that it doesn't like being the butt of the joke anymore. It has brought on none other than Jason Holtman, who spearheaded Valve's Steam platform for eight years, to work his magic with Games For Windows. "Yes, I have joined Microsoft where I will be focusing on making Windows a great platform for gaming and interactive entertainment," said Holtman in an official statement.

"I think there is a lot of opportunity for Microsoft to deliver the games and entertainment customers want and to work with developers to make that happen, so I'm excited to be here," he added. Holtman could be the very man Microsoft needs to kick start its gaming platform, which was riddled with bad decisions right from the start. when it shockingly believed PC gamers would be willing to pay for online play like their console brethren.

Holtman initially left Valve back in February, after an eight-year stint at the company. His departure wasn't very publicized, as it happened to be around the same time a bunch of Valve employees were laid off.

Holtman's position at Valve was specifically to be the primary point of contact for developers that distributed games on Steam, and as Steam is only as good as the games it has on it, it made Holtman the service's driving force. A huge proponent of digital distribution, Holtman is also credited with steering Steam through the DRM controversies it encountered and calming publisher fears that the annual Steam Summer and holiday sales would devalue their intellectual properties.

With the Xbox One looming on the horizon, it almost seemed as if Microsoft was abandoning the PC platform all together, but this news shows that they are still determined to try and make things work.