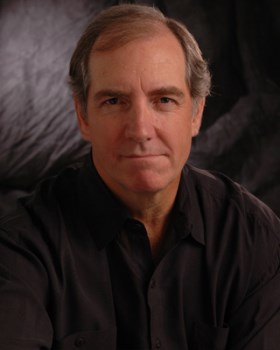 Colonel Odessa Cubbage himself says Valve is not working on Half-Life 3 - as far as he knows.

It's a mystery as old as time itself: Is you is or is you ain't making Half-Life 3? Valve's determined silence just fuels the speculation and while that can be fun, it can also become a little irritating for those who want actual information.

Fortunately, while veteran voice actor John Patrick Lowrie has a long and fruitful history with Valve - he's the voice of Odessa Cubbage, the Sniper and various other characters in Half-Life 2, Team Fortress 2 and Left 4 Dead - he's not actually a part of Valve and thus he's free to say what he knows when he's not under a specific non-disclosure agreement. And in an ongoing conversation on his personal blog, that's exactly what he did.

"Here is the biggest challenge with bringing out HL3: the big thing now with FPSs is motion capture, or mo-cap. One of the great things about HL2 is that all of the characters that you meet actually look at you when they talk to you no matter where you go or stand. With mo-cap you can't do that, at least not yet," he wrote on his blog.

He said overcoming mo-cap limitations is "one of the things they're working on," implying that there's at least some peripheral movement toward Half-Life 3, but also noted that Valve already has its hands full with its current lineup of games and keeping the wheels turning on Steam. And while he acknowledged that Valve doesn't keep him abreast of its long-term business plans, he said that as far as he has seen or heard, there's nothing cooking behind the scenes.

"When Gabe said 'we're not talking about HL3′ he was right. The company is not considering it at this time as far as I know. One of the reasons is the mo-cap thing, but there are others as well," he wrote. "What they might decide in the future depends on lots of different factors. I hope they do, personally, but it has to make sense for them."

Hexproof: Fetchlands Reprints are the Half-Life 3 of Magic Slycne 11 Comments

Non-Player Counselor: Gordon Freeman Is Why There's No Half Life 3 Firefilm 15 Comments
Comments on