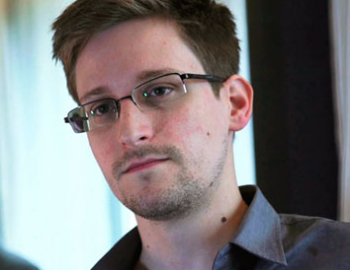 Silent Circle shut down its secure service, and now it claims such a thing is a pipe dream.

A short while back, when the email provider used by NSA whistleblower Snowden was brought down, another secure email provider, Silent Circle, shut down its service. At the time it claimed it had seen "the writing on the wall," and it has since elaborated on that statement. There's no such thing as security, it claims, not where email's concerned. Even with encryption, there's still a lot of data out there for the mining. There's no point pretending that encrypting the body of an email is enough, not in the age of PRISM.

The content can be encrypted, Silent Circle admits. It might be cumbersome, and the technology needed to make it really secure could be beyond pretty much anyone except large companies, but it can be done. Trouble is, that only protects the content. If the content is the only important thing about the email, then you're fine, but what if you also wanted to make sure nobody knew who was sending it, and to whom? Or when, and in what timezone? No hope, says Silent Circle, as the email provider blurts out all that data as soon as the message is sent, in the routing information. "None of this can be encrypted if you want to be compatible with current email protocols." All that information, including the subject -stored in plain text at the beginning of the message - is in the email's metadata, which is transmitted without encryption or any kind of protection. Sometimes knowing who's talking, to whom, and when, is more important than the content of the message, Silent Circle points out.

That's why Silent Circle's no longer in the game. It knows it can't promise a service it has no hope of providing. "With the tapping of backbone internet providers, interested parties can now see all traffic on the internet," it says. "The days where it was possible for two people to have a truly private conversation over email, if they ever existed, are long over."

Escapist Podcast - Science and Tech: 011: A Supercomputer Is Managing Our Nuclear Warheads The Escapist Staff 6 Comments
Comments on