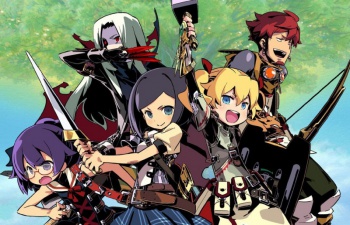 Atlus has announced a new sale on the Nintendo 3DS eShop that cuts $10 from the price of three of its recent games.

If you know only one thing about publisher Atlus, it should be that the company has made its fortune by delivering quirky Japanese games to the West that very few of us would otherwise see. If you know two things however, the second should be that Atlus, more than any company save Nintendo, has been releasing some of the finest games available for the 3DS handheld. Now, thanks to a new promotional effort, the company is making three of those games even more enticing.

Are there caveats? Well yes. Like I said, the sale ends on August 31 and since these prices are only applicable to the eShop version of these games, you'll need to have ample free space on your 3DS' memory card to store the titles. Otherwise though, you can view this as a generous price cut on three quality games, each of which can very easily suck up dozens (or in the case of Etrian Odyssey IV, hundreds) of hours of your life.

I will warn those of you who have never played an Atlus game previously to try the eShop demos for these titles before you purchase them. They're fantastic titles, and I personally like each one, but they aren't really like anything else. You've been warned.

Escapist Podcast: Is Photorealism Needed for Gaming to Advance? The Escapist Staff 55 Comments
Comments on