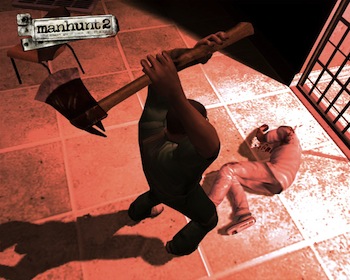 The judges actually took a look for themselves before ruling games as a protected speech.

The justices of the Supreme Court are not the most technologically sophisticated people. Justice Elena Kagan admits as such, saying that "the court hasn't really 'gotten to' email." And yet, they're often called upon to make rulings relating to technology. In the case of the looming threat of violent video games, the court decided to learn about these nefarious contraptions and actually played a few themselves before ruling them a protected speech, the AP reports.

Back in 2011, California attempted to treat M-rated games like pornography. Even Arnold Schwarzenegger, the famous star of violent action movies, supported the bill. The logic behind it was that the interactivity of games made them different than other media, and thus more dangerous. To find out for themselves, the judges went out and played a few, the result of which was "kind of hilarious," according to Justice Kagan.

Eventually, the court ruled 7-2 against the ban, arguing that all literature is interactive to some degree, and games, while maybe not as "intellectually edifying", should be protected nonetheless.

Justice Kagan doesn't mention exactly what games they played, or what they played them on. In the absence of fact, the only responsive journalistic act is pure speculation. Just what games did Justice Kagan find so amusing? The legal antics of Phoenix Wright? Bowling over cops in GTA4? Justice Scalia's trash talking in Halo 4? Whatever hijinks the court got up to, we're certainly glad they did.

In The Future, There Will Be No War Spanner 1 Comment
Comments on