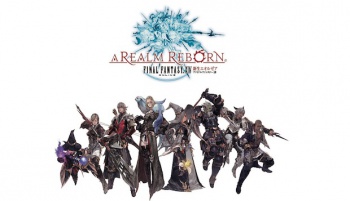 Have you been waiting an unreasonably long time to play? Square Enix has a solution.

"Due to the overwhelmingly positive response to Final Fantasy XIV: A Realm Reborn," says Square Enix, "we are currently experiencing extremely long wait times for users to be able to log in and play." But there's a solution to problems like that, and in this case the solution is to stop selling it digitally. This temporary measure, Square hopes, will ease the strain on its poor beleaguered servers. More server capacity will be added later, to deal with the hordes of players eager to return to their favourite series.

This is the title that Square hopes will revitalise interest in the franchise, after the colossal disaster that was Final Fantasy XIV. Square accepts that it took Final Fantasy for granted. "We thought, 'Whatever game we make, players will play it,'" game director Naoki Yoshida admitted. "I think that was a very big mistake we made." It would seem fans are prepared to forgive Square Enix and return to the fold.

No word yet on exactly how long this process will take, but if the worst problem this title has is that it's too popular, Square Enix must be feeling pretty good about itself right now.