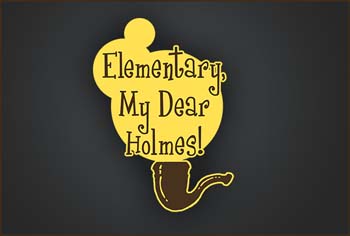 Elementary, My Dear Holmes!, a game with a spin on the classic detective, comes under suspicion when an influx of new Kickstarter users with no previous or subsequent history back the project.

Crowdfunding is an important part of indie game-making. Victory Square Games' Elementary, My Dear Holmes! is one of two successful games in Ouya's Free the Games program, which matches crowdfunded donations dollar-for-dollar. However, Victory Square Games came under attack when they experienced an unusually high number of backers with new accounts. Sam Chandola, head of Victory Square Games, contacted Kickstarter for help in verifying the accounts and to find out whether there was "a correlation between the payment method registered to a number of profiles from our backers list," he told Polygon. After reaching out to Amazon Payments, he checked with Kickstarter about the many new accounts that have profile pictures of celebrities.

In an email Chandola released to Polygon, a representative from Kickstarter replied to Chandola's question, "If you'd like to know more about backers who have found your project, you can always take a look at their profile to get a better feel for them. It's very possible that these first-time backers have found your project through your outreach, or just by browsing Kickstarter - I wouldn't be surprised if Sherlock Holmes fans had a way of sleuthing these things out!" Kickstarter did not reply to Polygon's requests for verification.

Victory Square Games' ad team reached about 20,000 people, many who were friends and family or Sherlock Holmes fans. It's possible many created Kickstarter accounts specifically to pledge donations to the spin on the classic detective, but no one is certain. Chandola has made it apparent he is just as concerned about knowing whether the accounts were legitimate.