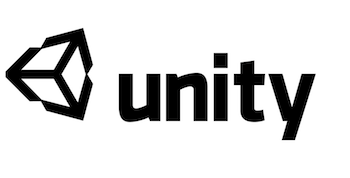 Unity version 4.3 is coming this fall and bringing with it new official tools to support 2D gaming projects.

Even if you've never heard of Unity, there's a good chance you've played something that was made with it. For instance, Endless Space, Amplitude Studios' acclaimed turn-based strategy title, was built with the Unity. It was also the engine of choice for Deus Ex: The Fall, Eidos Montreal's iOS and Android entry in the Deus Ex series. Unity is popular for a number of reasons, its ability to easily port a game from one platform to another standing tall among them. That said, there are some areas where it arguably comes up short.

While many 2D titles have been made in Unity, the engine itself is primarily built for 3D game making. Developers with a mind to keep things two-dimensional, in turn, have often had to work against the program's natural confines to get their games to up and running. Recognizing this as a problem, the engine's creators, Unity Technologies, has announced it will be launching official 2D tools in Unity version 4.3, due for release this fall. These tools will include a drag-and-drop sprite importer, texture atlasing tools, a built-in sprite and animation editor, and a 2D renderer which will include options like parallax scrolling, layers and depth.

Alongside the announcement of the new 2D tools, Unity Technologies also revealed Unity Cloud, a new service designed to help developers easily implement promotions and pop-up ads in their Unity based titles. We're going to go out on a limb and say that the new 2D tools are slightly more exciting than Unity Cloud. It's not that we hate pop-up ads, it's just we really like good 2D games. That in mind, Unity removing a barrier to entry for 2D developers is going to score petty high with us.