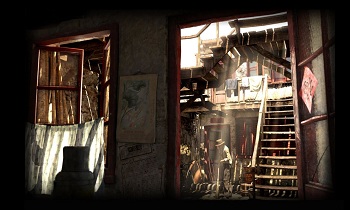 Jieh-Yung Lo, a councilor for the Australian city of Monash, wants Whore of the Orient's name changed.

When you name your game Whore of the Orient, you have to know that at some point that you're probably going to catch some flak from someone. That being the case, Jieh-Yung Lo, a councilor for the city of Monash in Australia, is threatening to file a complaint with the Human Rights Commission if the game, the brainchild of L.A. Noire creator Brendan McNamara, fails to cease production or change its name. His issue is with the casual use of the world "orient."

That might surprise some who might naturally assume "whore" to be the word at issue. According to Lo, however, that's not the case. "The O-word is very similar to the N-word for African-American communities," said Lo. "It's a 19th century racial-colonial conception and it's especially painful for older people in the communities. That was a very bad time in China, and people don't want or need to have that dragged up."

A source of particular chagrin to Lo, a self-professed gamer himself, is the fact that the state government of the New South Wales region has contributed $200,000 through its Screen NSW group to help further the game's development. "Australian institutions should be encouraged to fund projects and initiatives that cultivate mutual understanding and prosperity in the Australia-China relationship," said Lo. A spokesman for Screen NSW has, in turn, responded that it "does not proscribe subject matter to content creators, including titles" and that it "makes its funding decisions based on the creative integrity of a project and the expertise of the funding applicants.'' The spokesperson added that the game's title "doesn't refer to any content of the game. 'Whore of the Orient' is an historical nickname for the city of Shanghai.''

Critical Miss: Sexism and/or Racism The Wooster 64 Comments
Comments on