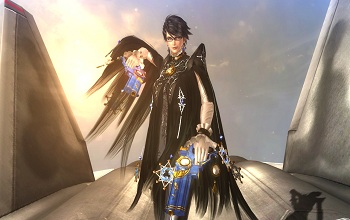 Fresh off of his gig working on Platinum Games The Wonderful 101, director Hideki Kamiya has offered some comments on his hopes for the future and how it could tie into Platinum's ongoing collaboration with Nintendo. When asked if he'd ever consider developing a game for 3DS, Kamiya had some ideas about properties he'd like to take portable.

"Given the chance, I'd like to make a game based on Jeanne from Bayonetta," said Kamiya. "Something that's not as big in scale. Something that's portable, that you could play in quick sessions, where she's a history teacher and the kind of fun things that could come out of a scenario like that." Outside of Platinum's stable of games, he also expressed interest in working on something for Capcom's Okami franchise. "I'd also like to come up with a spin-off of Okami, less focused on the grand idea of saving the world, but [rather] something focused on the smaller world of the fairy Issun."

Some might remember that Okami actually saw a portable sequel on the DS, Okamiden. That said, we'd definitely be up for another session with the franchise. Likewise, a portable Bayonetta is something we could see being both a blast to play and a boon for the 3DS, which arguably might benefit from a hardcore action game. Granted, there's no one saying Kamiya will actually get the opportunity to turn either of these ideas into actual games, but we can always hope.