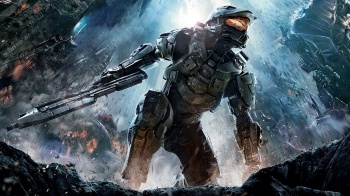 Yes, Xbox One is coming, but that doesn't mean Xbox 360 is going. Far from it, says Microsoft's Yusuf Mehdi, who estimates that Microsoft's old console still has at least 3 years of life in it. "We're going to continue to invest in Xbox 360, and the two devices can work in concert," says Mehdi. "So it's not like the day we ship Xbox One your 360 won't work." There's still plenty of cash to be made in the tail of this console's life cycle, and Microsoft's in no hurry to cut that tail short. In fact, it intends to ship over 100 new games for the 360 even after Xbox One's launch.

This news should please publishers, who know that customers have invested heavily in their old consoles. Mehdi estimates current install base at 300 million units, and expects the Xbox One to outsell that figure. But 300 million units means 300 million potential customers for the old stuff, particularly since the next generation won't be backwards compatible. "We can grow not just top line revenue but also profitability," says Mehdi, and Microsoft's including Xbox 360 in that profitability.

Mehdi also commented on the 'sticker shock' that comes with the Xbox One price tag. Mehdi described it as a "big bet", saying that the added voice capability and other value added make the cost worth it. The intent is to "break even or even low margin" on the Xbox One, eliminating the loss so often made on hardware sales. Game sales, Xbox Live and other services represent bonus cash for Microsoft when Xbox One hits shelves. Hardware cost reduction will follow eventually but nobody, least of all Mehdi, is prepared to say precisely when that will happen.