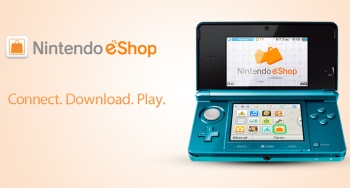 Remote purchasing is a feature that will be coming to the Wii U and 3DS eShop in the near future.

Talking to Polygon at PAX Prime, Nintendo have revealed its plans to help sway indie developers to invest in its systems, as well as incoming improvements to the Wii U and 3DS's eShops. "We need to do a better job of getting our message out [to indie developers]," said Nintendo's manager of business development licensing Dan Adelman.

Adelman said Nintendo has learned some harsh lessons over the last five or six years, particularly in regards to its very indie-unfriendly WiiWare policies. "We had some policies that really made it difficult for game developers to release games on our system," he admitted, promising that some of the more stringent policies (such as requiring perspective developers to work out of an office instead of at their own homes) have been removed.

Adelman says this has lowered the barrier for indie devs to bring their games to eShop, "And we're not done with this initiative by any stretch."

Meanwhile, Damon Baker, senior manager of licensing marketing, talked about how Nintendo is attempting to make the eShop more user-friendly towards the people that will be buying these indie games. He highlights "discoverability" as the platform's biggest problem.

"We're going to have off-device availability [through the web, phone and smart devices] for eShop sales at some point. All of us feel that discoverability is going to be increasingly more important. We've got a nice flow of content, but as we grow the amount of content, it's going to be important that we find that holy grail solution of how we make discoverability a priority..."

Baker assures us that "The Nintendo eShop is always a work in progress," and to look forward to more improvements in the near future.