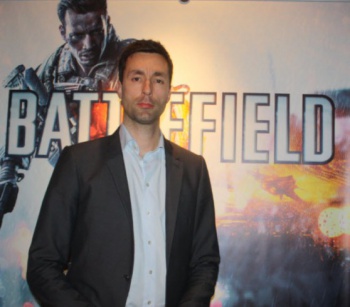 Triple-A gaming has always been something of a franchise-focused industry. The vast majority of games tend to be sequels or reboots, and even Ubisoft has stated that it won't develop original titles that couldn't become ongoing series. So where can one go when looking for original properties in an ocean of follow-ups? According to Patrick Soderlund, you turn to Electronic Arts. In an interview with MCV, EA Games' Executive Vice President not only emphasized the importance of bringing new ideas to gaming, he also claimed that the publisher is currently working on six to eight new IPs.

"We have six to eight completely new IPs in the works," Soderlund said. "The day we stop making new IP is when we go onto life support. We need to incubate new ideas and push creative boundaries."

It's probably worth noting that Soderlund's comments come mere months before two new consoles hit the market. Upcoming console generations are considered the ideal time to introduce new IP, since they are more likely be purchased with the console itself. This also doesn't change the fact that EA has its share of sequels on the way, including resurrected franchises like Mirror's Edge and Star Wars Battlefront.

"We are working on a new Mirror's Edge game," Soderlund clarified, "and although that's not a new IP, it is a revival done in a new way. We are developing Star Wars Battlefront, which to us is a new IP, even though it isn't technically."

That being said, and whatever the reasons, an injection of new ideas into Triple-A gaming certainly isn't a bad thing. Soderlund didn't offer a full list of EA's new IPs, but it's a likely bet that Titanfall is one of them and it looks fun if nothing else. We'll just have to wait and see what else EA brings to the table, and hope it isn't five cover-based shooters and three Tolkienesque-fantasy RPGs.