Fans that pieced together a map of Grand Theft Auto V's Los Santos region from trailers and screenshots have proven to be surprisingly accurate, as a Neogaf user has shown us with a leaked copy of the official map.

From the looks of things, Los Santos is going to be a pretty big, and varied place, sporting a large lake, two mountains, three airports, a big city, and several small towns. Take a gander at it below (click on the picture to view full-size): 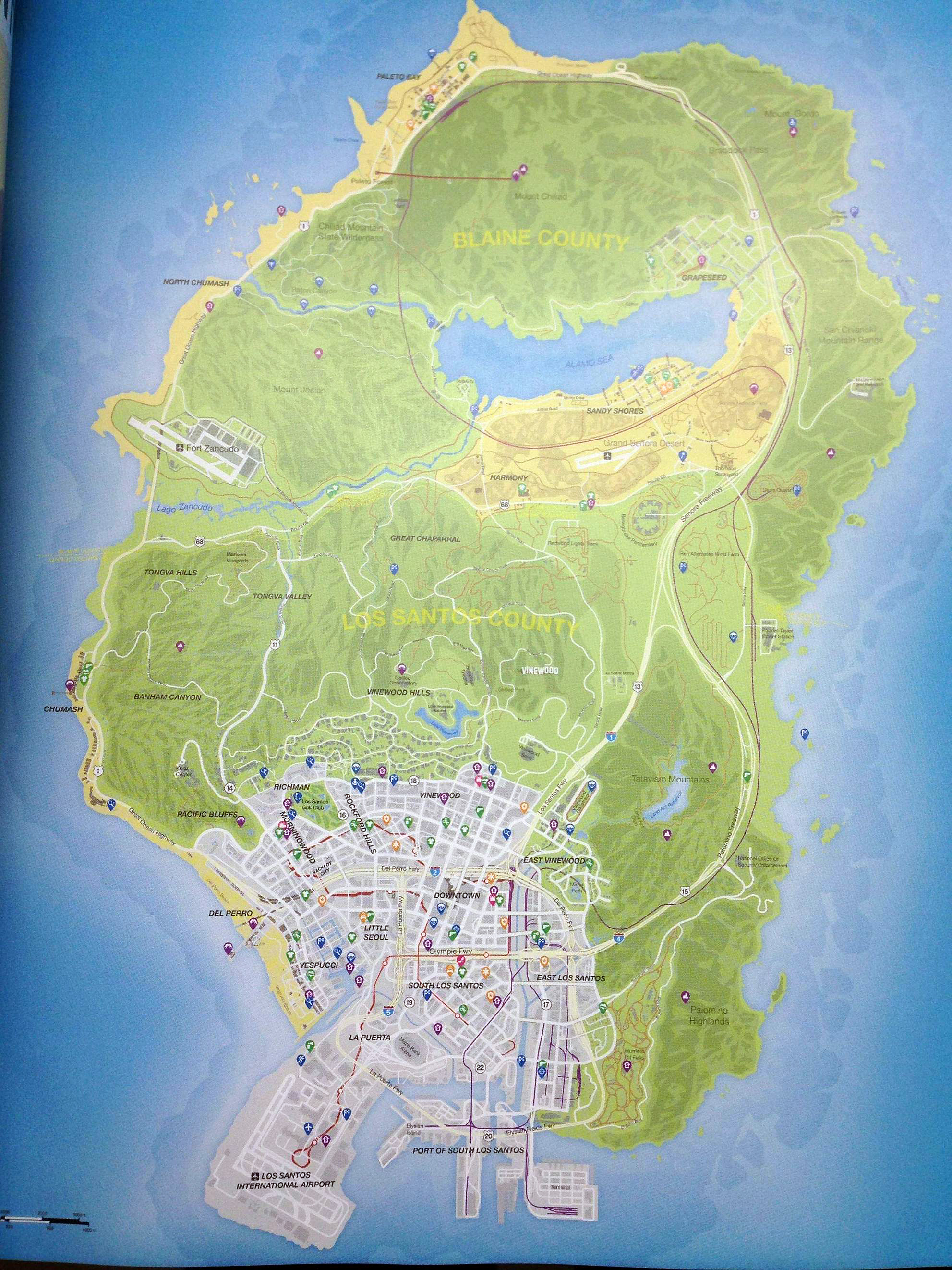 Rockstar previously boasted that the landmass in GTA V would be bigger than Red Dead Redemption, GTA: San Andreas, and Grand Theft Auto IV combined, and it's certainly looking like it may live up to that promise.