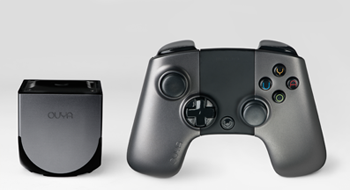 Ouya believes people have lost the company's intention, and some indie devs decide to leave.

The Free the Games Fund, Ouya's $1 million project, encourages independent game developers to fund their games on Kickstarter with a promise of the company matching all pledges dollar-to-dollar as long as the game has six months of exclusivity on the Ouya. However, the project has felt some heat after suspicious activity on Kickstarter in which one game in the project had an average donation per person of about $934. In light of questions about the fund, Ouya has issued a statement: "This response surprised us -- we thought this was going to be great -- how could it not be?"

Ouya founder Julie Uhrman issued her statement on behalf of the company yesterday. "We want to *open* game development," Uhrman writes. "The truth is, openness is hard. Being open means everything is fair game, and it means sometimes things don't work out exactly as you hope... We're OK with that, though, because being open is worth it."

Uhrman's post angered many commenters, several of whom are independent developers. One developer, Sophie Houlden, chose today to pull her game Rose and Time from the console as a result of Uhrman's statement. In her comment to Uhrman yesterday, Houlden wrote, "I originally thought... that though the FTG fund could be exploited nobody would do that. We have clearly been proven wrong... yet you are STILL running the thing? and *this* is your response?"

Uhrman includes links to nine other games in the fund, all of which are far from their target goal.