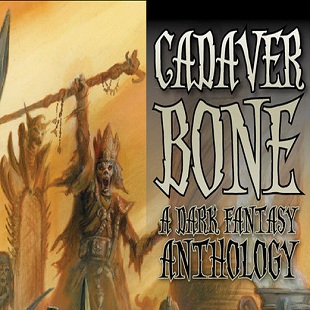 Chris Pramas is raising money to publish Cadaver Bone, a fantasy anthology that will bring together seventeen writers from various mediums.

Chris Pramas, president/founder of Green Ronin publishing and the man behind tabletop RPGs including Dragon Age, Mutants & Masterminds, DC Adventures, A Song of Ice and Fire and Freeport, is in the midst of a crowdfunding campaign to raise money for Cadaver Bone: A Dark Fantasy Anthology. The book will contain seventeen short stories from award-winning writers hailing from a variety of mediums including novels, games, comics, television and film.

That said, the anthology also has a secondary purpose. In addition to offering a platform for great writers to distribute their work, the proceeds of the Cadaver Bone anthology will also be used to help Pramas pay for some unfortunately necessary spinal surgery. "I have a pinched nerve between my 5th and 6th vertebrae and I need surgery to correct it," explained Pramas. The anthology's name, in turn, derives from the procedure he'll be undergoing. "The procedure involves the use of cadaver bone to help fuse everything together. That means I get titanium and the bones of a dead guy in my neck!"

Not surprisingly the procedure will be expensive. "The procedure costs $60,000 at base. Thankfully, even my crappy insurance is OK for something like this, so my out of pocket expenses will be roughly $10,000. That, naturally enough, is my goal. That will cover the surgery itself and some of the drugs and physical therapy required afterwards." In addition to the good feelings that come from helping someone in need, contributors who give 15 dollars or more will receive a digital copy of the anthology which will feature authors like Bioware scribe David Gaider and Forgotten Realms creator Ed Greenwood, among others. The current campaign only involves digital copies of the anthology.