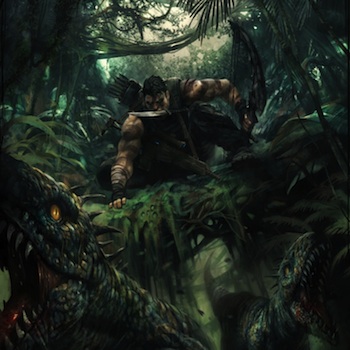 A truckload of models and concept art give you a glimpse at the Turok sequel that could have been.

A massive info-dump on NeoGAF has brought to light a slew of early assets from Turok 2, the cancelled sequel to the current-gen reboot of Acclaim's dino-hunting shooter franchise from now-defunct developer Propaganda Games.

Propaganda was working on the game when it was shut down by parent company Disney Interactive in 2011. The studio only produced two games, Turok and Disney's Tron: Evolution. The studio was also working on Pirates of The Caribbean: Armada of the Damned an open-world action game similar in scope to Assassin's Creed IV: Black Flag.

The gallery below is a small taste of what's been put out there. You can check out all the leaked assets over on Turok 2 NeoGAF.