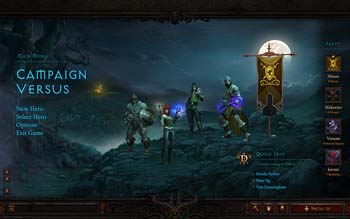 Should I change classes again? Should I have spent my skill points on something different? I just don't know!

Games that allow players to customize their characters and frequently switch classes on the fly may make players unhappy with their choices, according to psychologist Jamie Madigan. Madigan points to the new trend in games such as Diablo III and Dragon's Dogma to give players the freedom to change character classes. This ability to go back on decisions goes against a "psychological immune system" humans have.

"Decades of research in psychology labs and in the field has shown that humans are super good at seeking out, overvaluing, and remembering information that lets them feel better about their current situation," Madigan said. "They all show that if we're good at looking for silver linings, we're even better at ignoring the clouds altogether. And overall, that's useful...so we're willing to take chances and make decisions, then live with them."

Madigan cites a 2002 study as an example of too much flexibility causing unhappiness. Photography students made prints of their two favorite pictures and had to pick one to take home and one to send away. Some students were told they could not change their decision later while others had an opportunity to change their minds. The students who made a firm decision liked their photos significantly more than the students who could change their minds. Madigan sums it up as "You can't change your choice, so whether you're aware of it or not you change your attitude with what you're stuck with."