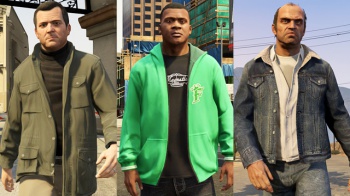 An awful lot of people want to play the new Grand Theft Auto with a mouse and keyboard.

Grand Theft Auto V launches tomorrow for the Xbox 360 and PlayStation 3 but not, for some odd reason, on the PC. And while the great likelihood is that a PC version will come along sooner or later - it took Grand Theft Auto IV more than six months to hit the PC after the console release, remember - the "Release GTA V on PC" petition is doing a bang-up job of attracting attention and serving as a reminder to Rockstar that people do in fact want this thing.

Alas, not everyone shares that level of enthusiasm for a mouse-driven GTA V. A petition against the PC edition of the game, "So PC gamers learn their lesson and stop stealing games," recently broke 10,000 signatures.