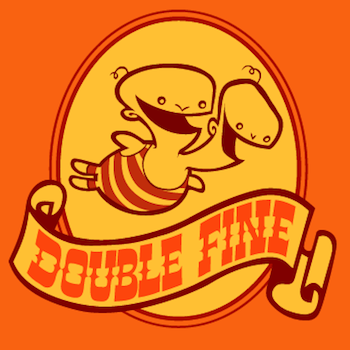 Tim Schafer has a sequel idea for game Double Fine has ever made. The question is: Will he ever use them?

Double Fine Productions chief Tim Schafer is an idea-man. He comes up with new concepts for games all the time, which is why he's never tried making sequels to games he's already made. Speaking with Kotaku, Schafer says that forgoing sequels has never been about a lack of inspiration or desire, but because he always has another new, exciting concept to bring to life:

Including projects currently in development, Double Fine has pulled the trigger on 15 game concepts. Of those 15, there's only one sequel in the entire bunch; Kinect Party, the de facto sequel to the studio's Kinect project, Happy Action Theater.

That isn't to say Schafer hasn't considered making a sequel before. Not only has he thought about making it, but Schafer claims to have dreamed up ideas for what he'd want to do with a potential follow-up to each of his studio's games: "Every one of our games is like, 'Oh, now I see how to make that game correctly," he said. "Oh, I have a lot of ideas of how to make those mechanics better,' or whatever." When asked which Double Fine games have garnered the most intense demand for a sequel, Schafer said: "I don't think there's any game I've ever made that [fans] don't ask that, and I see that as a great compliment, as a great, humbling thing."

Despite the precedent, Schafer suggested that Double Fine is more willing to entertain the idea of working on a sequel than it has been in the past. Since 2008, the studio has transitioned from working on large AAA projects one at a time to developing a multiple games at once using smaller teams. With multiple projects going at once, Schafer's main problem with sequels has been solved: Double Fine can work on a new idea and a sequel at the time.

"When it was just me, and it was one game after another, you're making a sequel at the expense of something else," said Schafer. "But now we could have a team make a sequel to one of our games while another team was working on a new property."

At the moment, Double Fine Productions is working on its two Kickstarter-funded projects; Broken Age and Massive Chalice.