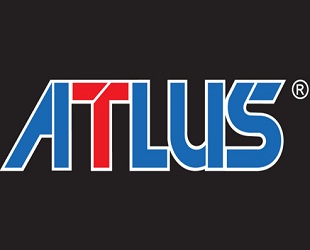 Sega Sammy is taking control of Atlus-parent Index Holdings through a deal that cost $141 million.

Back in June Index Holdings filed for bankruptcy, a move that prompted the company to start selling off its assets, including Persona-makers and niche extraordinaire, Atlus. This move was followed shortly by rumors that one of the groups interested in purchasing the developer/publisher was Sega. Now, those rumors have taken a turn toward reality as it has been confirmed that Sega will be taking control of both, Atlus and Index itself.

Sega confirmed the deal in a press release where it described the creation of a new subsidiary, the Sega Dream Corporation, which was formed at the beginning of September to take control of Index. Sega Dream will be under the direct control of Sega Sammy Holdings Inc, the company which owns Sega itself. While Sega hasn't confirmed any official numbers, it's been reported that this deal is worth somewhere in the realm of 14 billion yen, roughly 141 million dollars.

According to Sega Sammy this transfer of control is ideal because it give Sega "access to prominent IPs" and will "create synergies" that should help revitalize Index's business. Sega Sammy also believes it can help optimize the profitability of popular IPs through its "Pachislot and Pachinko Machines segment," helping to establish a steady revenue flow for the company. Overall, this takeover isn't too surprising when you consider that Index and Sega already have a distribution relationship. This deal comes in the wake of other recent acquisitions by Sega, including the purchase of Relic Entertainment during THQ's unfortunate demise. Whether or not it will lead to any changes within Atlus and its core of popular IPs, is something we'll have to wait to see.