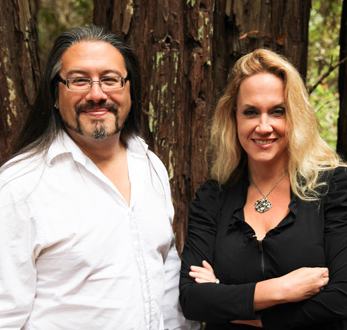 The University of California Santa Cruz has taken two of gaming's finest on board to head its new master's degree program in games and playable media. John and Brenda Romero will be in charge, but there's a star-studded advisory board on offer, including Will Wright of Sim City fame, and Derek Spelunky Yu, among others. "Industry connections are very important for this program, so that students can interact with people in the game industry through visiting speakers, master classes, internships, and other opportunities," says Brenda Romero. "The individuals on our advisory board represent a diverse cross-section of the game industry, from the hard-core AAA space to those defining the indie space."

Both the Romeros have had previous academic experience. Brenda was chair of the Interactive Design and Game Development Department at Savannah College of Art and Design, and has been Game Designer In Residence at UCSC since January. John's helped establish the Digital Games Guildhall program at Southern Methodist University, but his current role is "to push students towards innovation," he says, "while working on my own new indie projects alongside them."

The MS is a 12 month full time course, but don't expect to spend all your time in the classroom. UCSC is a Silicon Valley uni, after all, and Brenda takes those industry connections very seriously. You'll be making games right from the get-go, critiqued and monitored by the Romeros themselves. Want to know more? Head over here.