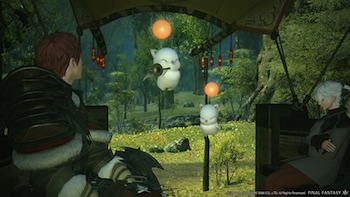 Sony will give Japanese developers extra time to bolster their launch lineup.

Think its odd that Sony, a Japanese company, would bring the PS4 to North America four months before launching on their own turf? According to Sony Computer Entertainment senior VP Masayasu Ito, the delay isn't due to supply chain issues or preferential treatment for certain markets, but because Sony wants the Japanese PS4 to have Japanese games available at launch.

Speaking with Polygon, Ito explained that many Japanese developers have shifted their focus to the Vita. As a result, the number of PS4 games aimed specifically at the Japanese audience is smaller than Sony would like. The console-maker relies on third-parties to create games that cater specifically to Japanese gamers: Ito said many of Sony's first-party studios, including Sony Japan, are developing PS4 titles, but they're making games with a broader audience in mind.

Pushing the PS4 launch back to February 22 will add two games to the Japanese PS4 launch, Yakuza: Restoration and the PS4 version of Final Fantasy XIV: A Realm Reborn. Ito also mentioned that Knack, Sony Computer Entertainment Japan's PS4 launch title, will come bundled with PS4 hardware in Japan. Ito said the number of Japanese games coming to PS4 would increase after the console launch.