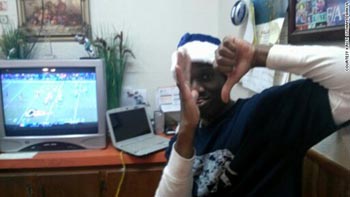 Scholars argue how much of an effect videogames have on violent behavior and how they impact other contributing factors.

Following the events of the Navy Yard shooting, media outlets were quick to examine how violent video games can cause violent behavior. In an op-ed written on CNN, Brad Bushman, professor of communication and psychology at Ohio State University, says videogames cannot be the sole factor driving violent actions.

"The problem is that people are looking for a yes-or-no answer about the role of videogames in violence, when there is none," Bushman wrote.

"No doubt, most players don't become violent," Bushman said. "That's because they come from good homes, aren't victims of bullying, don't have mental health issues, and don't have many of the other risk factors for violence." However, Bushman goes on to reference his own study in which college students played violent videogames for 20 minutes each day for three days. Bushman reports they became more aggressive.

Today Christopher Ferguson, chair of the psychology department at Stetson University, wrote an op-ed piece in reply to Bushman. Ferguson argues research linking violent video games to aggression has been inconsistent and methodologically flawed, according to the Supreme Court. "[Bushman] extends [his] research to imply that mass shooters may be more accurate due to playing videogames. This also, to me, seems a considerable overreach," Ferguson wrote.

"Making big claims about video games contributing to societal violence runs two risks - damaging the credibility of the scholars who make such claims, and distracting us from real issues such as mental health care reform."