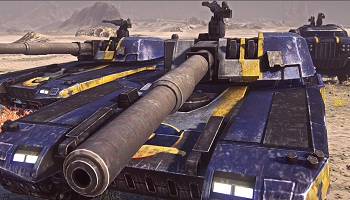 We've all heard the stories. A studio or game developer does or says something gamers don't like and things go bonkers. In July, for instance, Treyarch design director David Vonderhaar found himself and his family the subject of violent threats following tweaks to the gameplay of Call of Duty: Black Ops 2. As ridiculous as the situation was, it's something some could easily see happening again. That in mind, some companies take a hard line with gamers who cross the lines of common decency.

Sony Online Entertainment, the publisher behind games like Everquest Next and PlanetSide 2, for instance, has recently affirmed its willingness to ban players not just for in-game abuses, but also for actions they take out of character. "If we know who you are and you're abusing somebody on Twitter, we will ban your game account and we will not accept you as a customer ever again," said Linda Carlson, director of global community relations at SOE. "It's not always possible to identify people [in that way], but we take that seriously." According to Carlson, "We do not need those individuals as customers."

Far from just trying to protect staff members from abuse, Carlson believes this firm stance is necessary to try and maintain a fun and positive experience for players as well. "99.5 percent plus of the player base are tremendous individuals," she said. In turn, she sees it as the job of game makers to do what they can to defend against the often vitriolic noise of the other .5 percent and maintain the good atmosphere that most gamers and developers are looking for. "I don't believe anybody needs to put up with that stuff," she said.