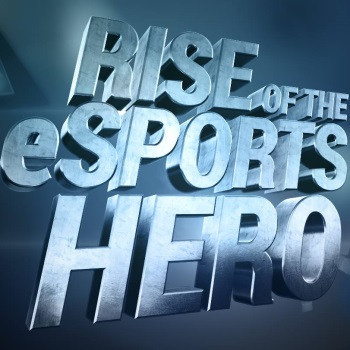 Image Source: Rise of the ESports Hero on Facebook

A peek into the world of StarCraft II professional gamers (or "progamers") is coming to television. Landrock Entertainment announced on Friday, September 20 that the Rise of the ESports Hero documentary will premiere October 26 on Global TV in Canada. Landrock Entertainment stated on their Facebook page that they "are actively looking to find outlets for the rest of the world." The documentary follows the StarCraft II division of Evil Geniuses (EG), a professional gaming team based in the United States. The documentary travels with the team for a year to tournaments in Canada, the United States, and South Korea. Featured in the film are players Chris "Huk" Loranger, Greg "IdrA" Fields, and Geoff "iNcontroL" Robinson.

The filmmakers may have chosen the best time to follow the team. The roster of EG's StarCraft II division has fluctuated considerably in the last year. In 2012, the team signed Lee "Jaedong" Jae Dong, a Korean progamer who was one of the top competitors in StarCraft: Brood War, the predecessor to StarCraft II. In the same year, EG signed Ilyes "Stephano" Satouri, a progamer from France with several first place finishes in major tournaments. In 2013, Satouri announced his retirement from professional gaming, and the team also lost Fields from its roster. Fields is well-known among the StarCraft II community for his angry reactions, and was released from the team in May after making inappropriate comments on the StarCraft community website, Team Liquid.

Founded in 1999, Evil Geniuses is one of the United States' oldest professional gaming organizations. Evil Geniuses currently competes in six different games, including Super Street Fighter 4, Dota 2, and League of Legends. Landrock Entertainment is a production studio based in Vancouver, Canada. The studio has previously produced a documentary mini-series about labour history in British Columbia, titled Working People.