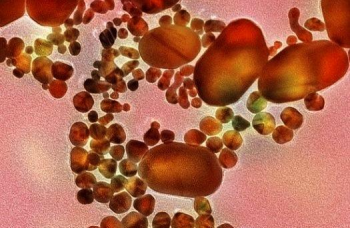 Popular Science explains why it shut down its comments threads.

"It wasn't a decision we made lightly," says Suzanne LaBarre, online content director for Popular Science, the 141 year old monthly magazine covering all things scientific and technological, for the general reader. But trolls and spambots meant that the magazine's online comments threads just had to go. The problem isn't just that discussion gets a bit heated in those threads; it's that a fractious minority can manipulate how the article itself is perceived, and therefore how science is understood. "A politically motivated, decades-long war on expertise has eroded the popular consensus on a wide variety of scientifically validated topics," LaBarre points out, and the end result of that war is that an online 'debate' - however uninformed it may be - has somehow become more important than the science.

"The cynical work of undermining bedrock scientific doctrine is now being done beneath our own stories, within a website devoted to championing science," says LaBarre. Two studies, one of which was written up in the New York Times, support LaBarre's supposition, that comments threads can negatively impact the audience's perception of the article itself. In the Times study, conducted by University of Wisconsin-Madison professor Dominique Brossard, 1,183 participants were asked to read a fake blog article about a new technology called nanosilver. Half the participants then looked at the comments posted by reasonable, civil people, while the other half looked at the less restrained commentary from the troll pit. The content of the comments was the same across the board - some in favor, some against, some wary - and only the tenor and language was different.

"The results were both surprising and disturbing," said Brossard. "Uncivil comments not only polarized readers, but they often changed a participant's interpretation of the news story itself." An attack - regardless of its substance - was enough to make other readers think the worst.

For Popular Science, studies like this were enough to make it shut down the comments thread. It's bad enough to know the trolls are out there, worse still to think that they might actually be able to control the debate, or alter people's perception of the subject under discussion.